Michael Snaith was formerly known as the “Vibes Controller” and former member of the pioneering band “Galliano” from the late 80’s to the early 90’s, made sales of over 400,000 globally. “Reality Strikes!” a new electronic contemporary sound to your ear, a follow up from the “Gran Mar Say” album; Electronic Funky Breaks with a different style and hope that you are able to get some fun out of it. Look out for the new video’s “Limelight” filmed by Earl Bovell-Henry http://youtu.be/azhrOa-bUgM and “Say What You Like” filmed by Michael Snaith on YouTube channel SNAITHTOP.

Single: Girlfriend/Boyfriend featuring No One 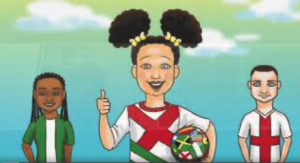 Rock The Ware Inconjunction with The Obedience Pro

This man has been so accurate about the vaccine, c

Janaica, what a story. www.topprojects.co.uk