Snaith & The Obedience Projects new EP “Sweaty” was put together as an experiment which has definitely paid off as the response from the dance fraternity has been very good.

The track features Adele Holness on a vocal that incidentally is also featured on the Album ‘Gran Mar Say’. House DJ and engineer Anthony Roach remixed the track together with Snaith which gives the EP an individual club beat sound. It is a very different sound for Snaith, formerly of the band Galliano. In the late eighties the band was well known for their successful Jazz Rap sound on the Talking Loud label; as a result, the band was awarded 2 British Performance Industry awards (BPI). ”I Just had so many ideas in my head after leaving Galliano and I think this EP is a reflection of all the different music types I heard whilst on tour for seven years” Snaith is quoted as saying about his recent project. He has just released his Album Gram Mar Say digitally which can be obtained and purchased C/O The Orchard Music Service which includes: Napster, iTunes, Emusic, and MSN.[/column][column]The EP features three tracks:

The EP can be found on the International Slam London UK (I.S.L.UK) Label via The Orchard Music Service which includes: Napster, iTunes, Emusic and MSN. With the increasing number of signings by the Obedience Project, we look forward to their next offering.

Photo was taken by Ian Jackson aka Jacko 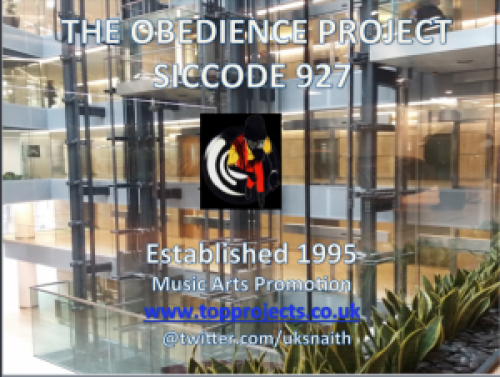 One of the main objectives

One of the main objectives of TopProjects.co.uk...
Read More